Leiden is a pretty city with its beautifully maintained center, its canals and windmills. The town also has a nice vibe going, especially once students flood the bars and cafes after university. For a change, even the weather was kind and it appears that spring has finally arrived with tulip fields blossoming left & right of the train-line from Amsterdam.

To get to Leiden is easy. Just hop on one of the many trains from Amsterdam Centraal and enjoy a 45min ride through the Dutch countryside (EUR20 return). What i enjoyed most were several tulip fields in all sorts of colours that you can see on the way to Leiden. Not quite as many as in Keukenhof, but nice nonetheless. The tulip period runs from mid-March to May in Holland … so hurry if you want to make it this year! 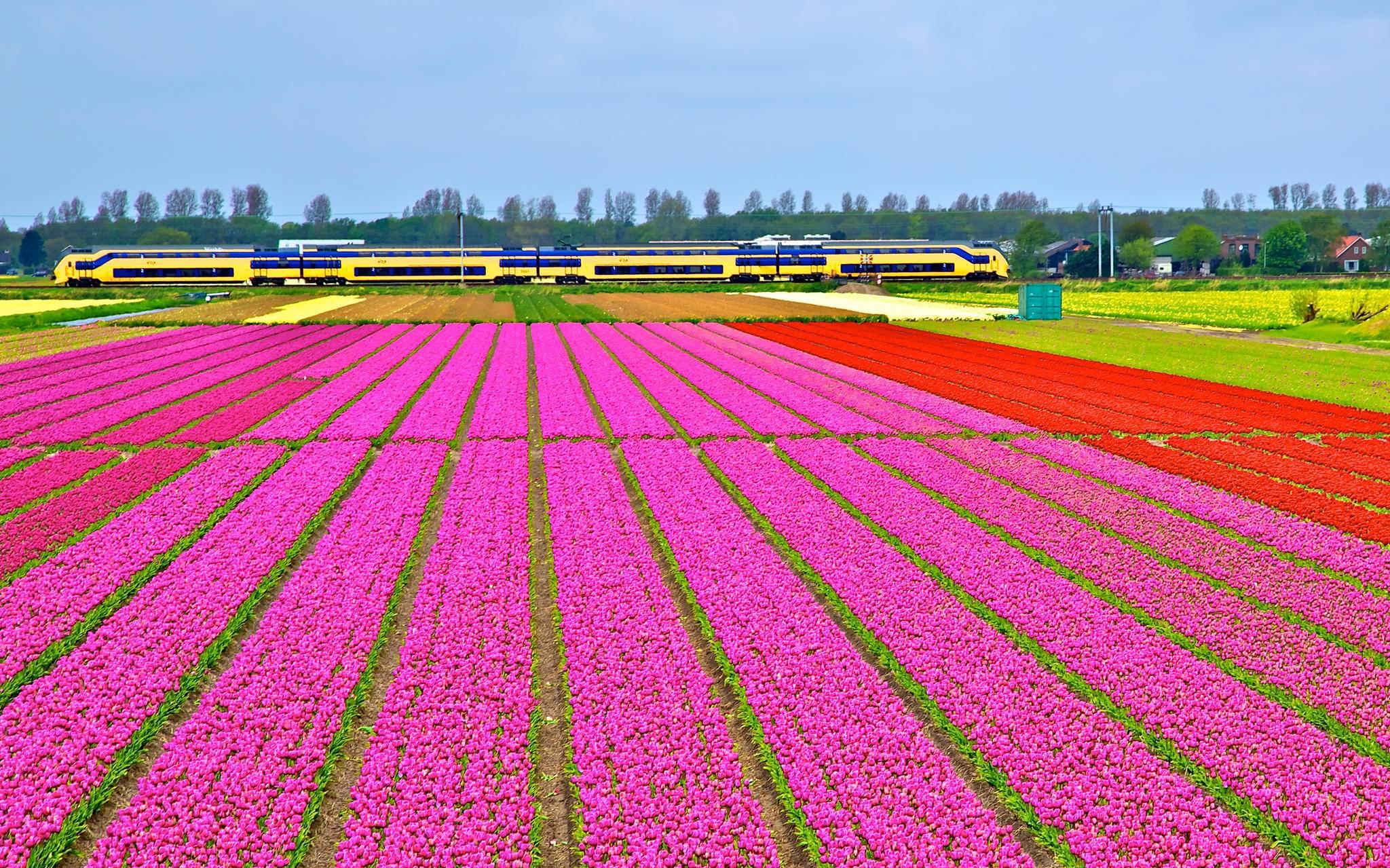 A few facts about Leiden: Leiden has some 124,000 inhabitants and its history goes back to the 9th century. It boasts the oldest university in the Netherlands founded in 1575 (celebrated independence from Spain) and its student population remains a defining feature today with 28,000 students (in Leiden & The Hague). It’s old town is second only to Amsterdam and a pleasure to wander around in.

Rembrandt Harmenszoon van Rijn – Leiden’s most famous son: Born as the son of a miller in 1606, it became clear early on that Rembrandt wasn’t cut out for this and just wanted to paint. So paint he did! His birthplace in Leiden is marked with a plaque though is not really that exciting. For the interested, you can follownRembrandt’s path a visit hit Latin school and other places (see here).

What to do in Leiden? Apart from just walking about, I recommend visiting the Volkenkunde Mueseum (that is, if you feel like checking out non-Dutch stuff), Molenmueseum de Valk (nice views & good info about mills in the area) the Burcht (interesting historic site with a view as well).

Windmills in Leiden: Windmills have been used for many purposes prior to the industrial revolution when wind energy was replaced by steam power. In Leiden, as in other places in Holland, you can find poller mills. These serve the purpose of machinery as well as keeping the water out given Holland c30% of Holland is below sea level.